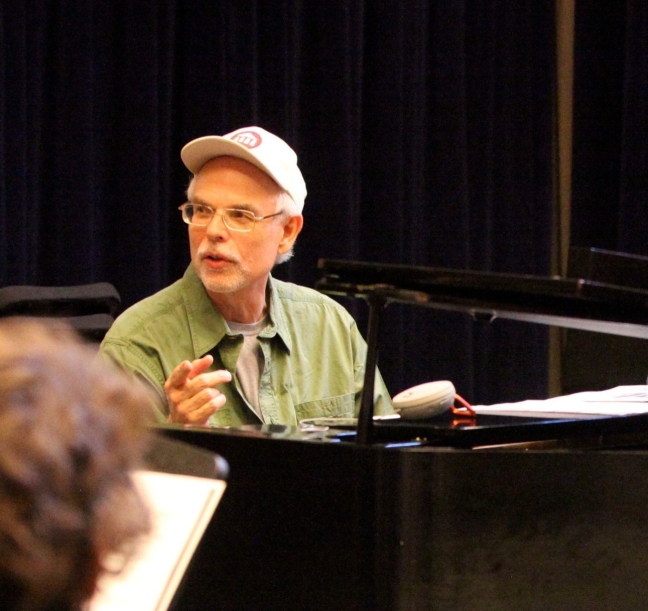 Don Glanden is a full professor at University of the Arts, where for over twenty years he has served as Director of Graduate Jazz Studies and Piano Department Chair. Prior to joining the faculty at UArts in 1996, he was a full-time faculty member at Temple University. Numerous universities–including Rowan University, Lincoln University, New England Conservatory, University of California at Los Angeles, Thelonious Monk Institute, and the Lamont School of Music at Denver University–have hosted his masterclasses, lectures and workshops in the areas of performance, composition, improvisation, and jazz history. He has had numerous educational articles published in such jazz magazines as DOWNBEAT, Jazz Improv, and All About Jazz.

In addition to teaching on campus at University of the Arts in Philadelphia, Don is available for online lectures, masterclasses, and individual lessons through various platforms, including Zoom, Skype and FaceTime. To schedule Don for an online class or lesson, contact him at donglanden@gmail.com / 302 528 2159.

“I studied with Don for two years in graduate school. He taught me many useful methods and helped give me the mindset to become a better musician. The things he taught me were not just technique and theory, it was also lifelong knowledge. Now when I’m preparing for a show or even on the stage, I think about the things he taught me and I’m trying to stick to it. That always has the best outcome!”

“Back in 2004 I taught at University of the Arts in Philly as a senior lecturer in jazz piano. It was a time I really enjoyed because I got to teach under one of the greatest music geniuses I had met to date, Don Glanden. Don and I had a special relationship because he was my first collegiate study professor in piano at Temple University. I spent a few semesters under his carefully guided instruction, which I quickly assumed as a foundation for who I have now become.”

“Don Glanden was a very pivotal teacher in my musical education. We had great times playing together, many interesting conversations, and he really influenced not only how I think about learning piano, but music in general. One thing that always stuck with me was the way that he spoke about bridging the intellectual and non-intellectual approaches to music; that too often people disregard or even hold disdain for one approach or the other. I’ve noticed this myself, but I think Don articulated it best. When studying with him, there was always a balance of focusing on things like feel, intuition, and letting go, as there was on technique, routine, and theory. I still reflect back to our lessons together in my own practicing in teaching today.”

“I grew up in Wilmington, Delaware which was a culturally rich city with a lot of wisdom from a group of great teachers and older musicians. Don Glanden was a big part of this. At Wilmington Music School I was blessed with getting knowledge and wisdom from him!”

“The curriculum seemed much more creative and focused than other universities–every class offered something very valuable for a developing musician. Transcription/Analysis was one of the most beneficial classes I’ve ever taken.”

“The program prepared me for doctoral study, particularly the Transcription/Analysis and Improvisation classes, which were really great.”

“My private lessons were so valuable to me… It certainly pushed me into musical territory that was interesting to me but where I might not have forced myself to go… it pushed my creative output. Enormously valuable!”

“Whenever I got a lesson with Don, I learned how to love jazz deeply. His approach to jazz theory includes classical music and I studied pieces by Ravel, Debussy and Bartok. It remains my goal to find new sounds and I still get great inspiration from his lessons and classes.”

“Don was great with my students during his Lamont School residency. During one of my arranging classes he demonstrated (at the piano) the gold mine of harmonic vocabulary to be extracted from one of Bartok’s Mikrokosmos. My students were enraptured, and so was I. Don brings an inclusive viewpoint about music to everything he does, and this is just one example. It was an inspiring residency!”

“Not only did Don Glanden present a well-informed and comprehensive survey of the much-neglected work of this important musical figure (Bernard Peiffer), drawing liberally on unreleased recordings and first-hand interactions, but he also ably showed us how the artist’s legacy lives on in his own performing and teaching.”

Weekly performances by the Don Glanden Trio at Sullivan’s Wilmington have been temporarily suspended due to the coronavirus pandemic. We look forward to resuming our regular schedule later this summer.

Don’s University of the Arts classes are taking place online and will culminate with virtual concert presentations in May. Stay tuned for details.